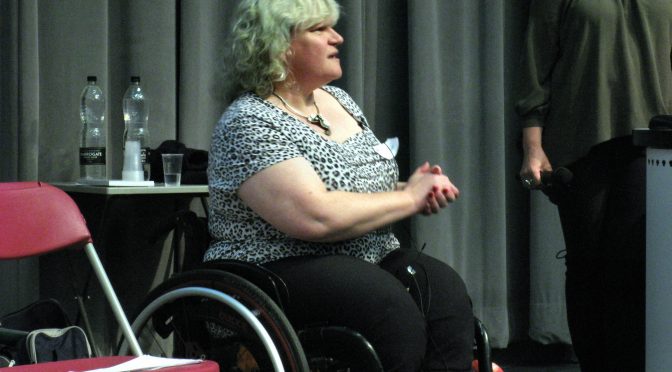 The Sheffield Hallam University Social Work Practice Educator Conference is now an established annual event. This year’s conference brought together over 160 Practice Educators.  Keynote presentations and workshops were planned in response to feedback from past conference delegates that identified areas of focus for professional education and practise.

The first part of the 2018 conference included four keynote presentations:

During the second part of the 2018 conference, workshops provided Practice Educators with opportunities to meet researchers who shared their work and facilitated discussion about specific aspects of supporting the practise education of students.

Dr Marelize Joubert (Sheffield Hallam University) led the workshop on Social Work students’ perception of their readiness for practice and to practise.

Throughout the day, participants were encouraged to network with fellow Social Work professionals from across the sectors, sharing everyday experiences and debating common challenges faced and how these are being met by Social Workers.

Feedback from the day:

“I found it beneficial to hear the guest speakers, attend the workshop (although I would have liked to do both!) and also found it useful to hear and learn from the experiences of other practice educators”.

“Enjoyed the good mix of key note speakers and the workshop topics were particularly relevant to Practice Education “.

“I really enjoyed the conference and benefitted from attending“.

Exploring the What? Why? And How? Of Social Work Theory and Practice

We would like to invite all Practice Educators within the South Yorkshire Teaching Partnership (Sheffield, Barnsley, Rotherham, Doncaster and Lincolnshire, Sheffield Hallam University and University of Sheffield) to a one-day workshop to be run by Kirwin Maclean Associates.  Details of their work can be found here:  http://www.kirwinmaclean.com/

Refreshments will be provided but not lunch.

If you would like to attend, please could you register online using the Eventbrite link below.

Book your place early – there are 120 places available across the Teaching Partnership.

In 2016 the British Association of Social Work (BASW) commissioned an Enquiry into: the role of the social worker in adoption: ethics and human rights. The report explores the views of those impacted by, or working in adoption, on policies and practicesacross the UK.

We are delighted to announce the Yorkshire launch of the Enquiry Report where the authors Professors Brid Featherstone and Anna Gupta will highlight the key messages.

This event is particularly aimed at social workers and managers. This may also be of interest to all those involved in or impacted by adoption.

Numbers are limited so book your place as early as possible by visiting http://hud.ac/eeq 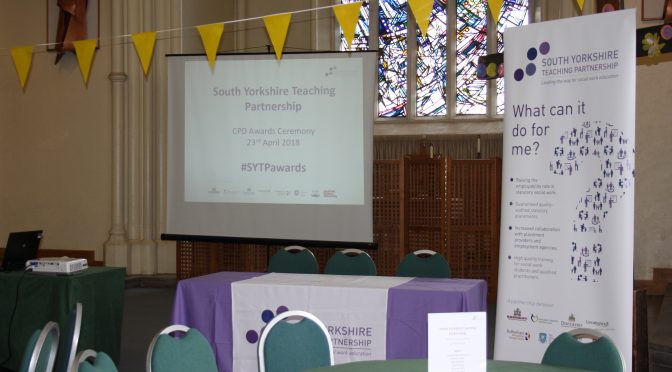 An award ceremony was held on the 23rd April to celebrate the achievements of practitioners and managers who have successfully completed our CPD modules and courses.

SYTP certificates of achievement were presented for the following modules/courses:

If you are interested in finding out more about our current CPD opportunities, please see http://www.southyorkshireteachingpartnership.co.uk/advanced-practitioner-framework/ 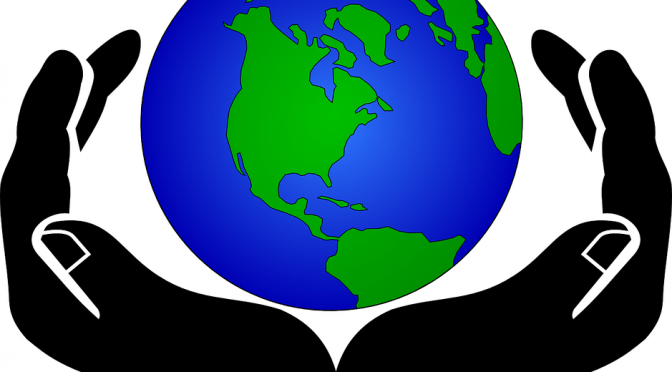 World Social Work Day will be on the 20th March 2018. It is the key day in the year that social workers worldwide stand together to celebrate the achievements of the profession and take the theme message into their communities, workplaces and to their governments to raise awareness of the social work contributions and need for further action. 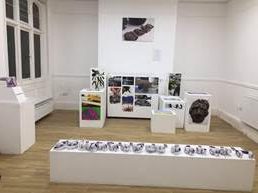 Media stories of failures in social care have meant that social workers are often vilified in the press and portrayed as ‘fools’ or ‘folk-devils’. As the job they do caring for vulnerable children and adults is confidential, social workers are unable to defend themselves and provide their side of the story. As a result, their voices are missing from any kind of public debate. The reputation and standing of the social work profession has, in turn, deteriorated in recent years and, in a number of different ways, this has affected social workers’ practice and their identity.

The artwork and audio stories that form this exhibition have been created with the hope of providing the public with a different perspective; a more sensitive insight into what social work means to those who do it on a daily basis.

This exhibition is taking place as part of the ESRC Festival of Social Science. For more information about the Festival, please see http://www.esrc.ac.uk/public-engagement/festival-of-social-science/ 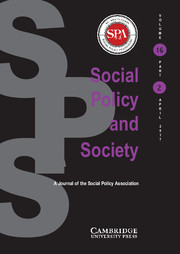 The lecture focuses on ‘troubled families’, the subject of a themed section in the January 2016 issue of Social Policy & Society, and will be delivered by Dr Steven Crossley and  Dr Michael Lambert, the themed section editors. The lecture will be followed by a wine reception in the exhibition space at the same venue from 6 – 7 pm to celebrate the first year of Social Policy & Society under the editorship of Liam Foster and Majella Kilkey at the University of Sheffield.

Information about the lecture, consisting of two presentations, can be found below:

Given the mysterious, almost perfect, fairy-tale like success of the ‘troubled families’ story, it is appropriate to critically examine the development of the Troubled Families Programme (TFP) by drawing on writing around alchemy, myth, magic and statecraft. This paper draws on Clarke & Newman’s work on ‘the alchemy of austerity’, Cassirer’s writing on ‘political myths’, Bourdieu’s theory of the ‘social magic’ effect of the state and Wacquant’s more recent work on ‘neoliberal statecraft’. The role of the state in the creation of ‘troubled families’ is examined before the attention turns to the performance of ‘troubled families’ via the government’s TFP. The scarcely believable, yet widely acclaimed success, of the TFP is then scrutinized, drawing on the recent publication of the evaluation of the programme. The paper concludes with a discussion of the continuing widespread belief in ‘troubled families’, even amongst practitioners and researchers.

Louise Casey (2012, p. 1) in Listening to Troubled Families declared that the Troubled Families Programme (TFP) ‘is an opportunity to not repeat the failed attempts of the past’.  Despite being a history graduate, both her comments and the substance of the TFP represented an uncertain grasp on what ‘the failed attempts of the past’ were.  This paper reconstructs what ‘the failed attempts of the past’ actually were by exploring the management of so-called ‘problem families’ in the post-war period.  The city of Sheffield is used as a case study to explore how ‘problem families’ were defined and managed by a host of social, welfare, health and other services during the ‘golden age’ of the welfare state from 1945 to 1974.  What becomes evident is that neither Casey nor the TFP have heeded or learned from the past, and the persistent underlying ‘problem’ or ‘trouble’ of families is poverty, marginalisation and subjection.

If you are interested in attending the event please register early at https://goo.gl/forms/2N2HHnhYI17YE3A72 to avoid disappointment.

Event for HCPC registrants: The State of Regulation: Professional, ethical and personal dilemmas

This symposium will share the findings from a recent study of HCPC regulation and hear the experiences of two registrants who have been through the Fitness to Practise (FtP) Process. The session will consider the professional, ethical and personal dilemmas that emerge when registrants are subject to the current FtP model and also explore a new way of approaching conduct issues in social work practice. This event will be of particular benefit to social workers who have been referred to the HCPC for practice concerns, as well as those who are interested in contributing to the debate on the future of social work regulation.

Speakers will include two ex-registrants who had differing experiences of the HCPC Fitness to Practise process. Dr Jadwiga Leigh will share the findings from a study which was carried out with Dr Ken McLaughlin and Professor Aidan Worsley and explored the experiences of registrants who had been through the Fitness to Practise Process. Dr Richard Kirkham will be the fourth speaker. Richard, a legal ombudsman expert and Senior Lecturer in Law, will discuss a potential new way of working with referrals relating to practice issues and would like to seek feedback from the audience on this idea. The Chair for this event with be Professor Kate Morris.

This symposium is free and lunch is included however, as this is a small event there are limited spaces available (40 in total).

Sheffield Children and Families Service holds an annual Evidence informed Practice conference for social workers and their managers.  This year was the 13th successive event.  Over 220 staff attend during the course of the day, and are able to benefit from a choice of 5 evidence informed workshops, visit 14 plus stalls in the market place staffed by local and national organisations (eg CCInform, RIP, Childrens Voices, SYTP, Young Carers, Blackwells Books).

The keynote is always delivered by a well-known social work academic and this year we were delighted to welcome Professor Sue White, the new Professor of Social Work at Sheffield University.

As part of the conference, a video about the South Yorkshire Teaching Partnership was shown:

This series of learning events is provided as part of the South Yorkshire Teaching Partnership, and is aimed at experienced social workers who would like to develop their knowledge in specific areas. The seminars will provide participants with:

Places are free and this series is aimed at experienced practitioners, with a maximum of 40 participants per seminar. The seminars will be interactive and will provide opportunities to consider your own practice and learning needs.

For details of our previous Masterclass on Effective Court Work see http://www.southyorkshireteachingpartnership.co.uk/social-work-practice-masterclass/